Full Name
Chris Witmayer
Company
-
Job Title
Consultant
Speaker Bio
A technology innovator with 17 years of experience in the sports and media industry, Chris is skilled in merging company vision with technology to harness efficiencies across the workforce. Best known for his work at NASCAR, Chris has designed a premier asset management workflow built around an Open Architecture allowing NASCAR to ingest their entire media library dating all the way back to 1913. This ever-growing 15 PB archive has been the backbone of NASCAR Productions, aiding in the creation of content viewed in more than 127 countries and territories across the globe. The speed of the system is second to none having allowed NASCAR to win several Sports Emmy's in the 'Live Event Turnaround' category.

Chris is a renowned speaker, having delivered presentations to the Sports Video Group (SVG), National Association of Broadcasters (NAB), International Broadcast Convention (IBC), Microsoft Build, Microsoft Ignite, Society of Motion Picture and Television Engineers (SPMTE), and The United States Library of Congress. His personal approach to his presentations brings simplicity to complex topics allowing audiences to learn and contribute to the conversation.
Speaking At
Welcome to SMPTE 2020!
Introduction to the Agile Methodology for Project Management
Agile: Practical Considerations and Hands On Learning
What’s It All About: The Heart and Spirit of Esports
Keynote: Visual Storytelling in the Age of Esports
The Magic Enabler: The Esports Architecture
Boots on the Ground Esports: Real World Experiences 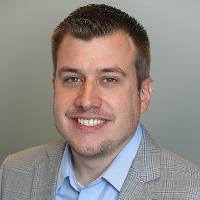