Full Name
Michael Cioni
Company
Frame.io
Job Title
SVP of Innovation
Speaker Bio
As SVP of Innovation at Frame.io, Michael Cioni is one of the most well known international voices for workflow technologies in the cinema space. After winning 4 National Academy of Television Arts and Sciences Emmy® awards early in his career, Michael founded and served as President and CEO of Light Iron, a workflow-centric post production company. After Light Iron was acquired in 2015 by Panavision, Cioni served as SVP of Innovation and became the product director of Panavision's Millennium DXL 8K large format camera ecosystem.

A frequent speaker on workflow and camera systems at many international industry events, Cioni is also an active Academy member, as well as a member of the American Society of Cinematographers, focusing on research, development, mentoring, and the education of all people in the media and entertainment space.
Speaking At
8K Association: 8K Workflow Trends 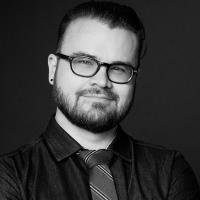