Full Name
Robert Legato
Company
Rob Legato
Job Title
Film Director and VFX Coordinator
Speaker Bio
Robert Legato is a director and visual effects (VFX) coordinator from Ocean Township, New Jersey, who has worked as such on the first five seasons of Star Trek: The Next Generation and the first season of Star Trek: Deep Space Nine.
Hired in early 1987, Robert Legato started out as VFX coordinator/supervisor for the franchise and has fulfilled that role for the entirety of his tenure at the franchise. After the production of the pilot episode, "Encounter at Farpoint", it was soon realized that the new show was the most VFX laden television production of its day, much like its illustrious predecessor, Star Trek: The Original Series was in its.
Aside from his duties as VFX supervisor, Robert Legato was also given the opportunity to flex his muscles as director, and has directed two episodes of The Next Generation, third season's "Ménage à Troi" and fourth season's "The Nth Degree" as well as one Deep Space Nine episode, first season's " If Wishes Were Horses". In addition, he directed the 1991 The Star Trek Logs: An MTV Big Picture Special Edition documentary. His work on the Star Trek franchise has earned Legato two won Emmy Awards in the category "Outstanding Achievement in Special Visual Effects", as well as three additional Emmy Award nominations for the same.
Arguably, Robert Legato's most memorable achievements, at the very least where Star Trek's fan-base was concerned, consistently ranking these among their top favorite Star Trek scenes, was the visualization of the Battle of Wolf 359, both the depiction of the aftermath in The Next Generation's, "The Best of Both Worlds, Part II", as well of that of the battle proper in Deep Space Nine's pilot episode, "Emissary".
Speaking At
SMPTE Creative and Technology Advisory Council – Panel Discussion on Immersive Technology 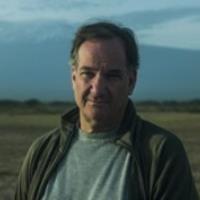