Prior to joining Academy staff, he was principal of Prima Lumina Consulting, providing expertise in the application of digital-imaging production and postproduction technology to clients including motion-picture studios, postproduction facilities, software and hardware vendors, and telecommunications and cloud-services providers.

George has played pioneering roles in the development and application of technology to visual entertainment throughout his career. Previously he was Executive Vice President of Advanced Technology at Sony Pictures Entertainment, after serving as Senior Vice President and Chief Technology Officer of the studio’s visual-effects and animation unit, Imageworks. He also co-founded and led the digital-effects department of the Industrial Light & Magic division of Lucasfilm Ltd. He later was responsible for managing technical infrastructure and its application to production at several visual-effects studios, including those of Warner Bros. and Sony.
He received a Scientific and Engineering Academy Award and has a patent in stereoscopic photography.

He is a member of SMPTE, and as part of its Technical Committee 10E served as standards drafting-group chairman for the Academy Spectral Similarity Index, culminating in the publication of SMPTE ST 2122, SSI.

He holds a B.S. in computer science, and an M.S. in computer graphics, both from Cornell University, with supporting work at the Ecole Nationale Supérieure d’Informatique et de Mathématiques Appliquées de Grenoble (France).
Speaking At
Academy Science and Technology Council Supports the Industry 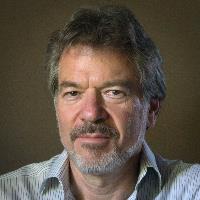