Prior to joining 20th Century Fox in 2014, now part of The Walt Disney Studios, she served as Senior Engineer of Technology Strategy and Standards at Sony Corporation, where she was responsible for various strategic planning and standardizations on video codecs, media applications and media services. She has contributed to developing various technologies and standards working with various manufactures, content providers and technology companies.

Sally holds a Master's Degree in Information and Communication Engineering from Waseda University. 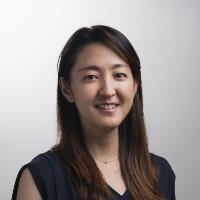