A renowned industry expert in the field of video acquisition, Mr. Thorpe spent more than 20 years at Sony Electronics pioneering the development of HDTV and digital production technologies in the U.S. broadcast and motion picture industries. Prior to that, Mr. Thorpe worked for RCA's Broadcast Division in Camden, N.J., from 1966 to 1982, where he developed a range of color television cameras and telecine products. From that work, Mr. Thorpe holds 10 patents in the field of broadcast development.

Mr. Thorpe has published more than 60 papers on camera technology and the topic of HDTV imaging. He is a Life Fellow of the Society of Motion Picture and Television Engineers (SMPTE). He is a graduate of the College of Technology in Dublin and began his career as a design engineer with the BBC in London.

In 2014, he received the Charles F. Jenkins Lifetime Achievement Award, honoring an individual whose ongoing contributions have significantly affected the state of television technology and engineering.

In 2015 SMPTE conferred Honorary Membership on Mr. Thorpe – which recognizes individuals who have performed eminent service in the advancement of engineering in motion pictures, television, or in the allied arts and sciences.
Speaking At
New Technologies That Further Empower Digital Cinematography 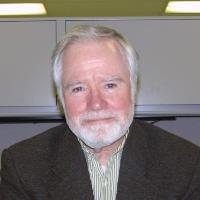