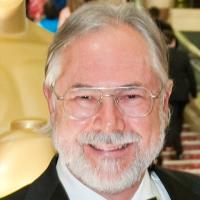 Description
Current thinking for the creation and distribution of moving images tends to lead to an unwarranted trust of mastering displays. If a mastering display (or projected image), and its ambient surround, were to match the end use (as in 14fl dark surround DCinema), then such trust may be warranted. However, this is not typically the case in television, where the reference display and its ambient surround is unlikely to match the presentation viewing. Such variation in presentation may also be part of future cinema presentation (for example with LED walls). This situation begs the question as to the nature of the image that would be mastered and distributed that could take into account the presentation variables in order to deliver a reasonable rendition of the mastered creative intent. Such a “neutral form” of mastered image requires numerous considerations. We will examine the various candidate architectures for creating and utilizing a neutral form of moving image. We will also examine the meaning of “neutral”, which differs between measured neutrality (e.g. measured chromaticity invariance) vs. appearance neutrality. Appearance neutrality might include such attributes as that the image looks as intended, and is unbiased with respect to contrast and color (e.g. neutral grey appears neutral, and colors appear consistently natural). Although there are several viable choices for a neutral form, a relatively strong case can be made for a graded scene-referred neutral form. This will be compared vs. a neutral display-referred image in various forms, with consideration of which such forms might be most workable. An attempt to meld scene-referred and display-referred architectural attributes will also be considered.
We will conclude that a viable neutral form cannot be display-referred with respect to any specific display (nor projector). Grading in a scene-referred representation can utilize methods similar to working with scanned film negative.

A configuration using multiple different monitors and surrounds during mastering could provide increased trust in the neutral form and its display-compensation mechanism. Trust in the integrity of a neutral form as the HDR master is likely fundamental to any viable HDR architecture.

Even though the emphasis in the discussion has been on HDR, most of the issues are also applicable to MDR and SDR. In particular, any camera-raw image could also be a source for SDR and/or MDR utilizing the methods described. However, HDR comes with unique challenges and has large variations in the conditions and capabilities of presentation.
Technical Depth of Presentation
Advanced
What Attendees will Benefit Most from this Presentation
Engineers and Technologists
Take-Aways from this Presentation
Current practice in mastering HDR does not take into account how to convey creative intent. This will be explored along with its implications. Revised practices and image formats can lead to improved accuracy for the intended appearance. Simple procedures can be applied during mastering in order to check the fidelity of the master.
Close